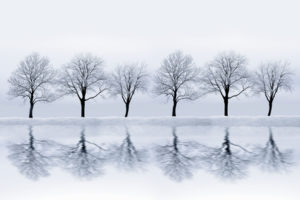 Winter
Notably, of late, the winter chills have hit and laid many people low. My advice, generally, is to stay warm and protected from the cold, by dressing appropriately for winter – something that many Brisbanites don’t do. Eating for the season is also really important . This involves minimizing foods which are more identified with warmer seasons, e.g., salads, raw foods and juices and any cold drinks. Instead, eat warming meals which include soups, stir fries, baked and cooked meals, curries, pies (homemade preferrably) and include whenever possible: ginger, garlic, onions and warming spices. One of my faves is a vegetable laksa. Get your recipe books out and have some fun cooking and then sitting together to savour the tasty results of your labours.

Stagnancy in body and mind
This newsletter edition concerns the traditional Chinese energetic   concept of ‘stagnancy’, how it affects both body and mind and how we deal with it, using acupuncture and chinese herbalism. As the word suggests, stagnancy refers to a loss of flow, and   a subsequent accumulation. I see it a lot in clinic in people who suffer mood swings and lowered vitality. They have no enthusiasm for things in general and just can’t seem to get going.

According to the ancient texts, many phenomena can stagnate in the body: heat, cold, phlegm, blood, qi and food. Conditions  involving stagnancy are very often the result of ongoing stress, both emotional and mental. Its one of the most common reasons why people seek help in clinic. Also, stagnancy can be created by overdoing as much as under-doing things.

It we use up too much energy (resources), there is a depletion. Common causes are overwork, over-training and the fallout from poor sleep. The Chinese would metaphorically represent this situation, as ‘there isn’t enough water in the river to move the boat’. This is seen in clinic frequently, when a client comes in with  a stubborn, old injury, chronic, lingering  symptoms or poor immune responses that refuse to improve. The solution is to build the whole body energy up, (water flowing into the river), to provide the requisite healing factors to attend to injured joints and/or muscles or the hypo-functioning organ system.

On the other hand one might indulge in  too little (energy) movement (e.g., exercise, activity) and therefore the vitality suffers, producing stagnancy:low energy states and sluggish metabolism.This requires a return to physical movement as well as activating herbals and a close attention to diet, as some foods will predispose us to stagnancy.

Chronic stress
The Traditional Chinese clinician attends to the client from every angle: dietary and lifestyle advice, acupuncture, massage and Chinese herbals. The Chinese have long recognised stagnancy as a state that leads to compromised vitality and mobility and therefore poor quality of life, especially as we age.

So, if you experience any of these stubborn states, bring them in for some invigoration and rejuvenation.

My warmest wishes to you all,
Michael