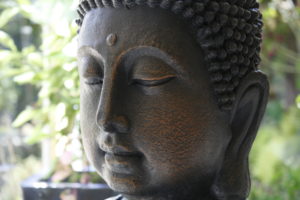 “Most living systems exhibit multi-level patterns of organization, characterized by many intricate and non-linear pathways, along which signals of information and transaction, propagate between all levels, ascending, as well as descending.”

Acupuncture texts are replete with references and descriptions of what are referred to as ‘channels’. These portals of transmission are non-physical and as such, are unavailable to the black and white requirements of scientific ‘proving grounds’.

Not unlike the ‘wind’, which can be directly experienced, its effects noted, yet its substantial nature remains phantom-like. Both the ‘channels’ and their energetic substrate, qi, are subjective entities. Still, an entire therapeutic rationale is based around these. The omniscience of channel-driven qi (but one of many aspects of qi at work in the body) is the key to the acupuncturist’s manipulation of yin and yang quotients and the resultant therapeutic process.

In my mind, the inserted needle ‘intervenes’ in the complex physiology of the body’s cellular matrix. The matrix contains a vast web of intercommunicating cells (i.e. denoted as ‘channels’). A stimulus at the acupuncture point, transmits an impulse (information signal) to another site/s, thereby organizing or adjusting some disturbance which undermines homeostasis, i.e., some level of intractable disorder. As an aside, the body’s ‘matrix’ is a (microcosmic) version of a (macrocosm) globe. Across our planet run ‘leylines’, currents said to intersect at auspicious sites. A few examples would include locations such as Uluru, the Olgas, Kakadu within the Australian backyard, places connected to The Dreaming. Other obvious sites are the likes of Stonehenge, steeped in Celtic and Pagan mythology, together with many more sites outside of my knowledge.

Just as a river (a water channel) has flows which can be utilized to engender power (energy) and nourishment – via hydroelectrics and irrigation systems – so can flow adjustments be made to the human body to accord physical advantage.

This aspect of channel utilization is but one of many dimensions; the concept has even broader applications and usefulness. One could posit that all human experiences actually occur as a result of ‘channeled’ phenomena.

“…………we can say that the ‘Tao’ is the flow of events in and between channels. Tao signifies a process which simultaneously manifests in a number of different channels.”

If the reader wants to enlarge upon this direction of enquiry, access the work of Drs. Amy and Arnold Mindell and colleagues at: www.laotse.com A channel is a route or flow of information/qi be it in the form of:-

and so on and so forth……… All instances above share the commonality of an experience where one part (of self, other, entities, nature, practice, synchronicity etc.) affects another. Not unlike the rhythm structure of traditional African (especially West African) percussion, there is a ‘call-response’ process operating.

We should by now, feel very familiar and comfortable with this idea because the obvious corollary is with the globally ubiquitous television. What one commodity could be any more embedded in the ‘global village’?